MODS2 is the second of a pair of Multi-Object Double-beam Spectrographs designed and built for LBTO by the Department of Astronomy at Ohio State University.

MODS1, the first of the pair, has been offered to the LBTO users for regular observing since the last quarter of 2011. 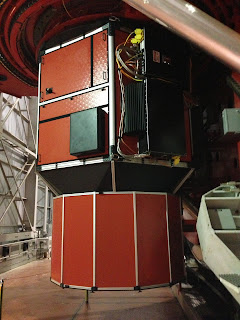 On the second week of August 2013, forty months after MODS1, it was the turn of MODS2 to go through its laboratory acceptance tests, which it passed with flying colors! The instrument was cleared for shipping to the observatory on Mt Graham. MODS2 is expected to be on the mountain by mid-October 2013. 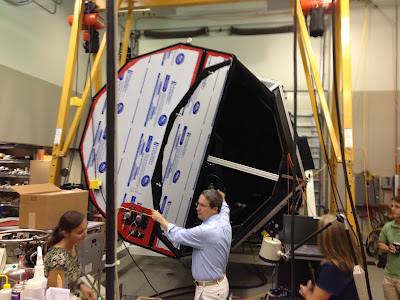 Rick Pogge, current MODS PI, in a show and tell in front of MODS2 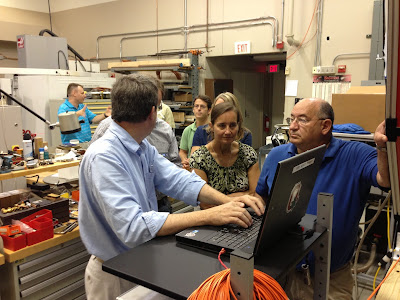 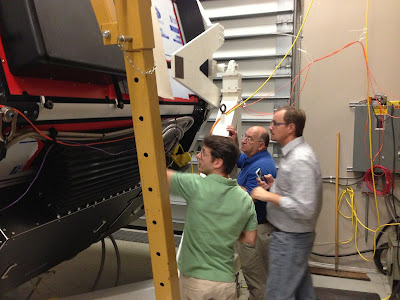 MODS2 is a near-perfect twin of MODS1, something which should make for a smooth integration at the telescope. The few changes made on MODS2 are actually improvements which will eventually be retrofitted to MODS1.

The lab acceptance of MODS2 is for LBTO a very important step, as it marks the completion of the construction phase of the first generation of facility instruments. LUCI2 was partially accepted in Europe in early June (only one of the cameras, still missing, will be completed in early 2014) and is now at the observatory.

The coming semesters will be very intense commissioning-wise and it is too early to give a tentative date for final acceptance on the sky of either LUCI2 or MODS2. More news on this when time comes!

Posted by the LBTO broadcaster at 6:16 PM